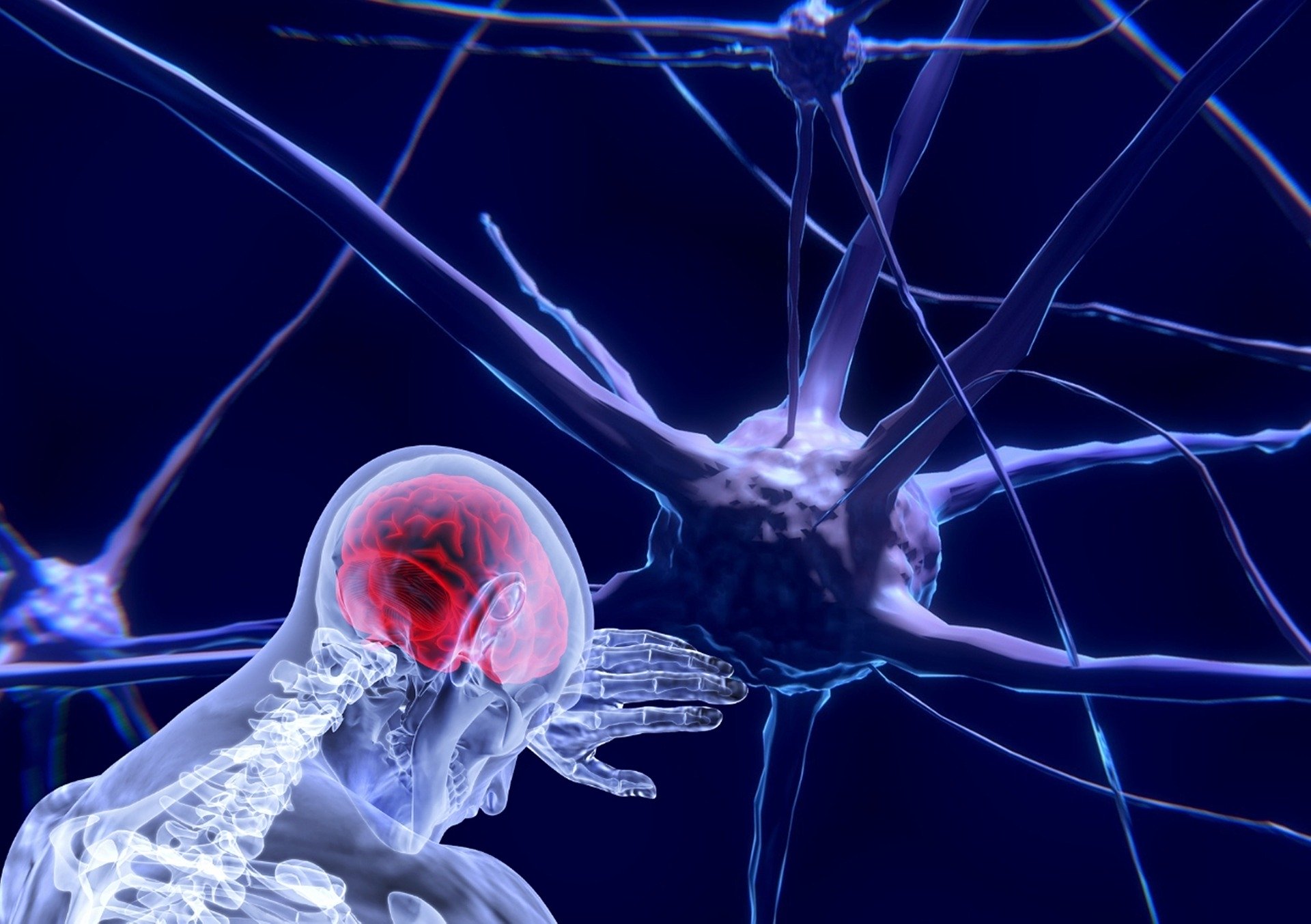 Neuropathy is a well established consequence of chronic thiamine deficiency. It is known that thiamine supports nerve conduction, and plays several roles in maintaining healthy neurological function in both the central and peripheral nervous systems.

Damage to nerves in the periphery might produce paraesthesia (tingling), burning, numbness, or even chronic pain. A few symptoms of central injury can include hearing loss/deafness, visual disturbances or blindness.

One reason for nerve damage in thiamine deficiency relates to a downregulation of transketolase, which is an enzyme involved in the pentose phosphate pathway. One function of this pathway is to provide reducing power for the regeneration of glutathione, the primary intracellular antioxidant. In thiamine deficiency, a lack of reduced glutathione renders nerve tissue susceptible to injury from oxidative onslaught.

The downregulation of transketolase is also especially dangerous when paired with hyperglycaemia. Elevated flux of glucose through the glycolytic pathway produces a build-up of specific intermediates which, in the context of low transketolase activity, are shunted towards alternate pathways (polyol, protein kinase C, hexosamine, and AGE) [1].

The consequences of this include increased protein glycation, inflammation, glutathione depletion, and oxidative stress. Together, these effects contribute to the destruction of nervous tissue and eventual neuropathies.

In the central nervous system, thiamine plays central roles in maintaining healthy myelin sheath and brain function. In fact, thiamine is so important for a healthy brain that a severe deficiency can produce substantial neurological damage which, in some cases, is thought to be irreversible.

In addressing supporting thiamine status, it is important to use a form which has been shown to penetrate the brain via the blood brain barrier, so that it is capable of saturating both central and peripheral cells. Here is where disulfide forms of thiamine have been shown to be useful.
.
The actions of thiamine disulfides (TPD & TTFD) on nerve damage and regeneration were studied extensively throughout the 1950s and 60s in Japan. It was recognised that these forms were superior to thiamine HCL and TPP.

Thiamine TPD was shown to increase axonal growth in chick embryos by 1.5 times, whilst very large doses could regenerate the sciative nerve in rabbits. The same researchers demonstrated remarkable protection of neurons against damage (polyneuritis) from acrylamide poisoning with ultra high concentrations of TPD [2].
‍

In another study, three B vitamins (B1 as TTFD, B6 as P5P & B12 as OH-B12) were administered to diabetic white rats
with sciatic nerve damage and Schwann cell atrophy [3]. The nutrients were each given separately or as a combination, and the only individual nutrient capable of reducing nerve damage and atrophy was TTFD.
However, the interesting finding was that when ALL THREE vitamins were administered together in combination, this provided the best results. This finding is in support of Lonsdale’s findings that thiamine was best administered in conjunction with the other B vitamins for maximal effect.

TTFD was also found to reduce vibratory perception in patients diabetic neuropathy [4]. A combination of riboflavin (7.5mg) and TTFD (75mg) proved effective for reducing neuropathic sensations after 1-3 months. This was also accompanied by improved tolerance of fructose and reduced levels of pyruvate and a-ketoglutarate.

Stabbing pain, burning or tingling sensations of the face can be caused by neurological damage as part of a condition called trigeminal neuralgia. In one study, researchers investigated whether two different forms of thiamine could improve TGN symptoms [5]. They used 100mg of thiamine HCL and 15-90mg of thiamine TPD.

Although both therapies provided benefits, TPD was shown to be far more effective (78%) for reducing, or in some cases, completely eliminating trigeminal neuralgia pain.

The thiamine disulfides have also shown promise in addressing hearing difficulties and improving sensory perception. A series of experiments were performed on the effects of intravenous TTFD (50mg) on acoustic hearing mechanisms[6].

A separate study on neural deafness investigated the effects of oral and intravenous administration of TTFD [7]. One method involved 50mg TTFD and 50mg riboflavin orally, and the other involved 50mg TTFD injected intravenously. Both I.V and oral routes were similarly effective in providing satisfactory improvement in hearing, and this also included a case of long-term deafness from streptomycin poisoning of three years.

Another much larger study used an oral dose of 150mg TTFD daily in 267 patients with perceptive deafness [8]. Importantly, they showed that in those who commenced treatment within one week of symptom onset, TTFD proved to be 79.2% effective.

Furthermore, treatment was 74.3% effective in those who started treatment within one month of symptom onset. In contrast, long-term disease was much less responsive to therapy, and so this reduced the overall effectiveness to a total of 34.5%. Based on these results, the authors emphasised that TTFD should be started immediately to increase chances of recovery in this condition.